T&T to sign trade agreement with the United Kingdom

Opportunities for Creatives to Export to Europe 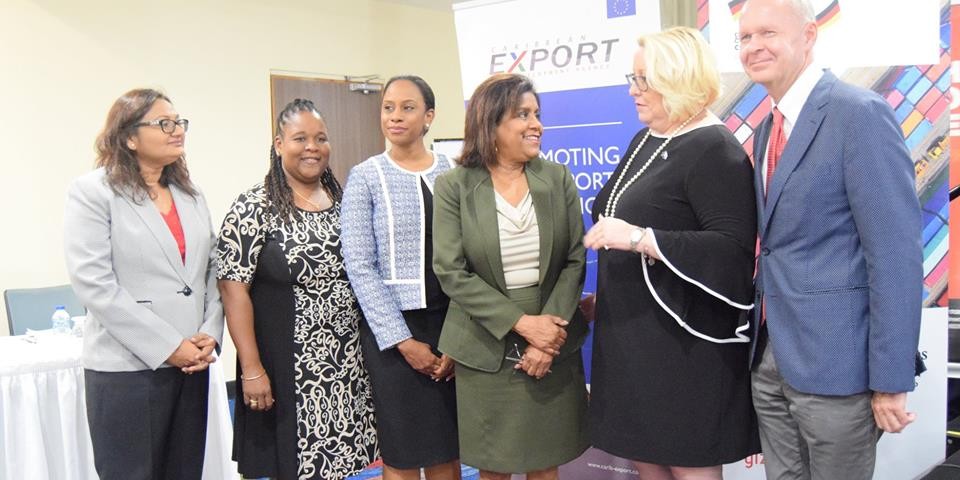 “The Government of Trinidad and Tobago recognizes that the country must move away from its full dependence on oil and natural gas exports, and that the possibilities within the creative and cultural industries to contribute to export diversification must be exploited”

Minister of Trade and Industry,  Senator the Honourable Paula Gopee-Scoon told  a gathering of local and regional entrepreneurs at the Opening Ceremony of the Creative and Cultural Industries Workshop at the Trinidad Hilton on March 27, 2019.   The two-day Workshop was organised by the Trinidad and Tobago Coalition of Services Industries (TTCSI) in collaboration with the European Union, German funding-agency GIZ, and the Caribbean Export Development Agency to sensitize participants to the export opportunities available to the creative sector under the CARIFORUM-European Union (EU) Economic Partnership Agreement (EPA).

The Minister indicated that locally and internationally the creative sector is a viable option for growing exports and further economic diversification. “The size of the global market,” she added “has expanded substantially. The average annual growth rate of trade in creative services between 2011 and 2015 for developed countries was at 4.3 per cent, more than double that of all services.” The global market for creative goods has more than doubled from 2002 to 2015 expanding from US $208 to US $ 509 billion which is evidence of the strength of the creative sector globally.

Also speaking at the event was Mr. Ulrich Thiessen who represented the Delegation of the European Union. Mr Thiessen encouraged those attending to fully exploit the CARIFORUM-EUEPA. “The Caribbean has been successful in services across the board and the EPA provides a platform for CARIFORUM firms to expand into the EU market” he said.

Ms Lara Quentrall-Thomas President of the TTCSI stated that “without a doubt the creative economy must be a priority sector for Trinidad and Tobago… creative industries also produce intellectual property…. Increasing levels of intellectual property sources is an indication that a country is innovation driven and by extension, positions the country into a higher classification of income growth.”

Among the topics cover at the Workshop are Intellectual Property Rights for Export Promotion, Branding and Marketing, Quality and Standards, Value Proposition and Pricing, Market Intelligence Services, Access to Finance and Export Promotion Support.