The Role of Trade in Economic Development 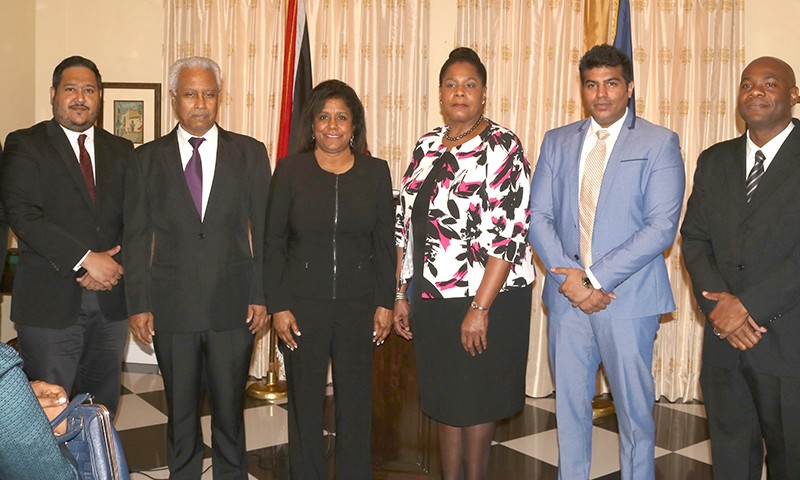 April 04, 2018:- Commissioners of the Trinidad and Tobago Fair Trading Commission (FTC) were sworn in this morning by Her Excellency Paula-Mae Weekes, President of the Republic of Trinidad and Tobago for a three year term. The Commission, which is a an independent statutory body established under the remit of the Ministry of Trade and Industry (MTI) promotes and maintains effective competition and ensures competition is not distorted, restricted or prevented.

In addressing the new Commissioners now led by Dr. Ronald Ramkissoon as Chairman, Her Excellency challenged them to faithfully serve their country completing their task with the satisfaction of having served well. The Chairman indicated that the continued advocacy and promotion of competition by the FTC would benefit the general public stating that actions which are anti-competitive are not in the best interest of businesses or the population. This was re-emphasized by Mr Bevan Narinesingh, Executive Director at the FTC who confirmed that the country’s overall competitiveness could be impacted by a properly functioning FTC. Other members of the Commission include Dr. Mikaeel Mohammed; Mr. Christopher Sieuchand and Mr. Dennis Scott.

The Commission is responsible for implementing and administering the Fair Trading Act No. 13 of 2006 by ensuring that all legitimate business enterprises have an equal opportunity to participate in the economy; preventing anti-competitive conduct while at the same time complementing policies that promote competition; raising awareness of the benefits of competition; and exhibiting a high level of integrity and intellect. They will also be responsible for preventing anti-competitive conduct thereby ensuring competition and efficiency while at the same time complementing other policies that promote competition; maintaining free and fair competition in business; and taking action against abuse of dominance, restraint of trade and unfair or deceptive trade practices.

Trinidad and Tobago Records Largest Export Growth in Latin America and the Caribbean in 2022: Non-Energy Exports increase by 29%

Trinidad and Tobago Strengthens Trade and Investment Relationship with China