T&T committed to strengthening relations with the EU 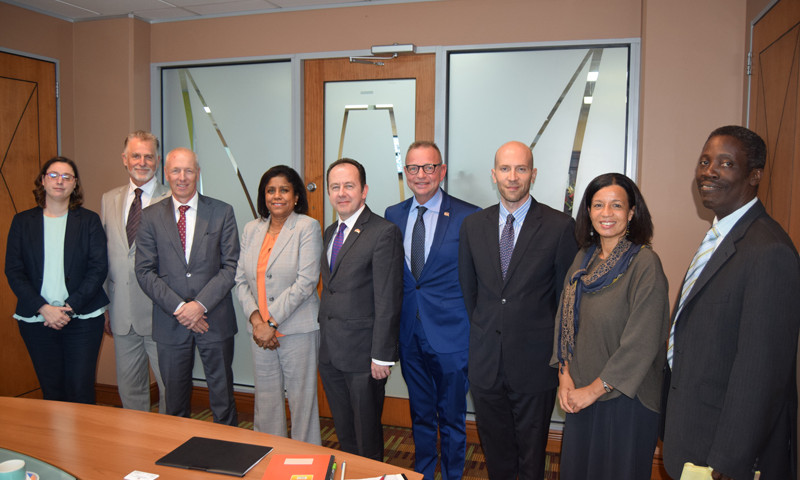 December 14, 2016:–  Senator the Honourable Paula Gopee-Scoon, Minister of Trade and Industry and Senior Representatives from the Ministry met with European Union Heads of Mission led by Ambassador Arend Biesebroek, Head of the European Union (EU) Delegation to Trinidad and Tobago, on Monday December 12th 2016, at the Ministry’s Head Office, Port-of-Spain. The meeting was held with the intention of furthering collaboration with the Member States of EU in the field of economic diplomacy aimed at promoting trade, investment and strengthening the relationship between the private sector in Trinidad and Tobago and the EU..