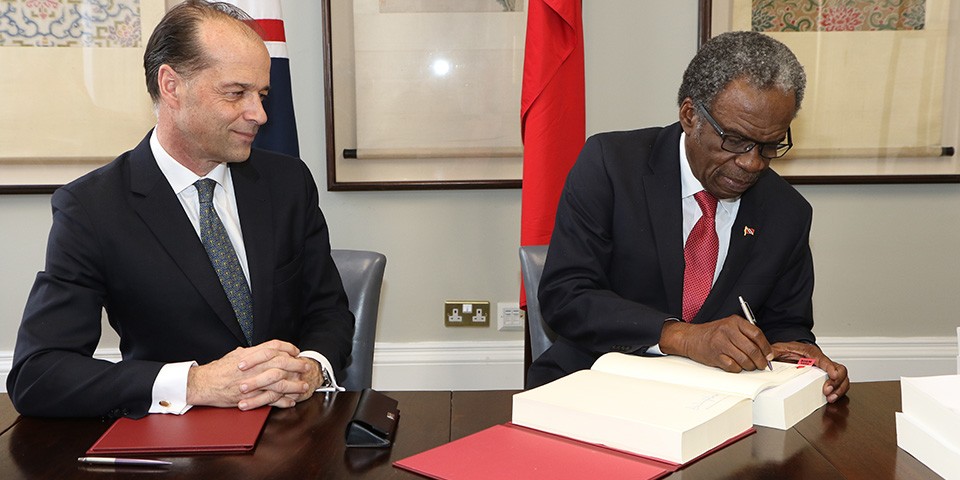 01 April, 2019: – His Excellency Orville London today (April 1, 2019) signed the CARIFORUM-United Kingdom Economic Partnership Agreement (CARIFORUM-UK EPA) on behalf of Trinidad and Tobago in London. On March 28, 2019 the Cabinet sanctioned the new trade agreement which was signed by Trinidad and Tobago’s High Commissioner and Minister for Trade Policy, George Hollingbery M.P.

The Minister of  Trade and Industry Senator the Honourable Paula Gopee-Scoon today reaffirmed Government’s commitment to facilitating trade relationships in the interest of  Trinidad and Tobago. According to the British High Commissioner to Trinidad and Tobago, His Excellency Tim Stew “This is an important step in ensuring a seamless transition, no matter the outcome of ongoing deliberations in the UK. A positive step, as the UK continues to strengthen its relationship with this region.”

This agreement (CARIFORUM-UK EPA) will ensure continued access to the UK market when that country exits the European Union.